Top Ten Tuesday is a weekly feature hosted by The Broke and the Bookish! Each week, a new topic is put into place and bloggers share their top ten accordingly. I should note that since I rushed this weeks post, this is a list of otps/notps that I could think of at time of writing, not a list of my top 5.

Ari & Dante | Aristotle and Dante discover the secrets of the universe

(AKA one of my first ever OTPs but ngl I’m still mad they replaced her with a white girl in the movie. I only shipped them when they were both the same age, it was a bit weird when she was 25 but Darren hadn’t grown up yet – in a physical sense – but the scene where they meet again is so funny)

I’m really glad that in my classics class this year, more of my friends are in it so our conversations somehow turn towards these two almost every lesson. And we’re not even doing The Iliad this year. Honestly, I loved these two soo much in TSOA.

Penryn & Raffe | Angellfall
I can’t find a picture I like of them but these two were really cute and badass together in book one, the others not so much… 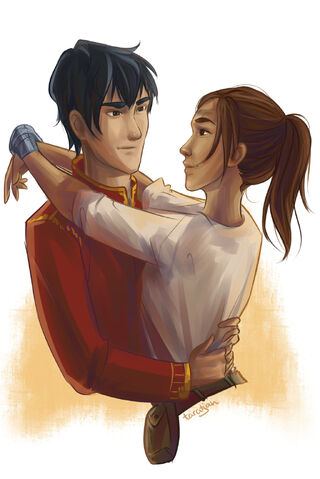 Okay I wasn’t the worlds biggest fan for them, but they were pretty damn cute in some scenes of the book. And I’m still not over that scene where that robot announced her in front of the entire ball and she was literally covered head to toe in dirt.

Okay this isn’t book related but no, just no.

Do they even have a ship name? – Anastasia Steele & Christian Grey | Fifty Shades of Grey

Hessa – Harry and Tessa | After

If you’re wondering why Harry Styles is there, it’s because After was a Wattpad 1D fanfic until it was published. I still can’t believe I wasted a good week and a half of my summer two years ago reading this series on Wattpad because the number of reads it had shocked me and someone online convinced me it got better by book 3. (it didn’t)

Tbh I don’t hate these two, I just didn’t understand them and they moved waay too fast and developed really weirdly for me to like them. I haven’t finished the series yet so I don’t even know if Evan returns after the first book and the creation of a love triangle by throwing Ben in at the last few pages really confused me.

This site uses Akismet to reduce spam. Learn how your comment data is processed.

→ Want to talk? To submit a book for review, please read my review policy and submit your request there

→ You can also find me on Twitter and Goodreads!